Sinusitis and How Salt Therapy Can Help

Sinusitis is a viral or bacterial infection located behind your cheek bones and forehead, these spaces are known as sinuses. They are usually free of germs, but if the mucous gets stuck in the sinuses, it may cause sinus infection.

The sinuses are basically sacs filled with air located in the facial bones of the head. There are four pairs of sinuses: 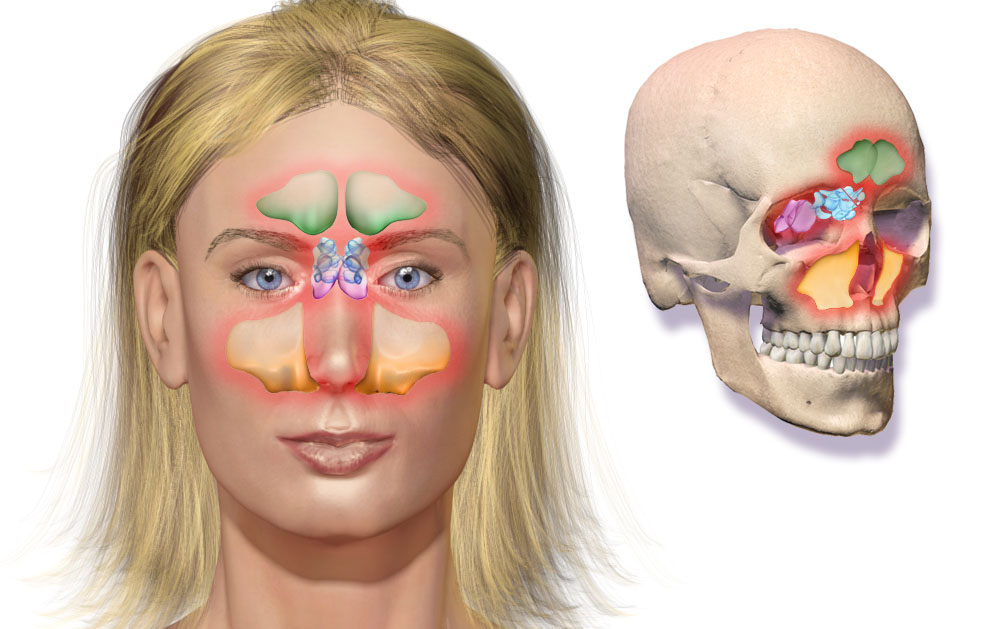 Symptoms and Treatments in Sinus Infection

Sinuses have several functions, for example: making the incoming air warmer and helping in the formation of different sounds. If the sinuses get inflamed and infected and the condition lasts less than four weeks, it is called acute sinusitis. If acute sinusitis becomes persistent and symptoms last longer than three months it has progressed into chronic sinusitis. Sinusitis can get from a minor annoyance to a serious condition – chronic sinusitis – that could require surgery if not treated properly!

A few of the symptoms you may have associated with sinusitis are stuffy nose, headache and thick nasal secretions of colours like green, yellow, or blood-tinged.

Prescription drugs like decongestants or antibiotics bring relief only temporary but have unhealthy side effects. Sometimes the only prescribed treatment is surgery, which is usually not the most successful either.

Salt Therapy can help in sinusitis by killing bacteria, reducing the IgE levels (which means that the immune system becomes less oversensitive), fluidizing and clearing the mucus and diminishing the risk factors.

Salt aerosol is anti-inflammatory and also has mucolytic effects (meaning it helps to reduce the chance of infection by shifting retained mucus).

Salt Therapy will help to: